A lot had happened since the last post. More framing went up, insulation was completed and passed inspection, drywall has also been installed. We are now ready for paint!

The additional framing and drywall was done by a contractor. We did the insulation just in time for a wacky winter. In fact, before drywall went up, the foil-faced foam boards were reflecting so much heat from the recessed lights that it felt like a sauna in the basement! Prior to installing the foil-faced foam, we had to install furring strips over the built-it plastic studs of the InSoFast panels as required by the inspector that approved the initial framing. It was a boat-load of work to install the furring strips but it was a necessary step for installing drywall over the metal brackets from the seismic upgrade. 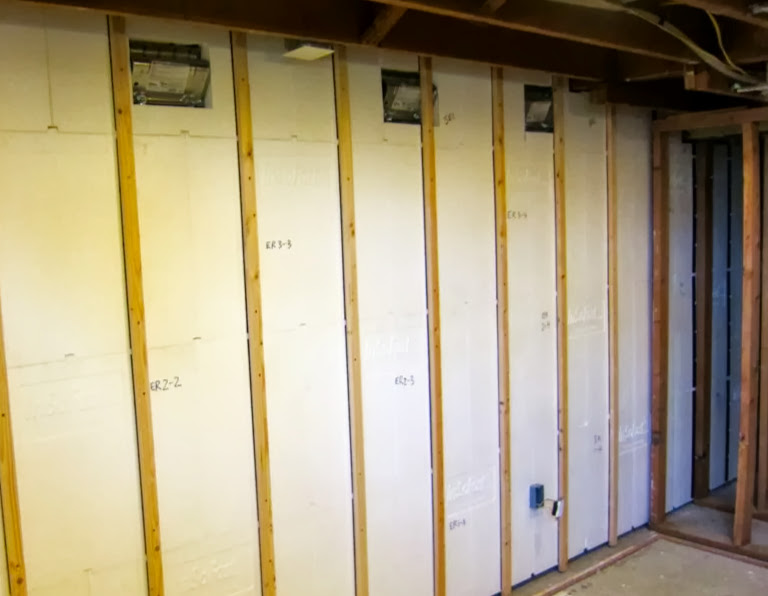 In other locations where additional framing was installed in front of the InSoFast, we installed fiberglass insulation. All in all, the foil-faced foam covered areas have an R-value of R-15 and the combo of InSoFast plus fiberglass should exceed R-15. This is more than enough to meet code requirement of R-13. 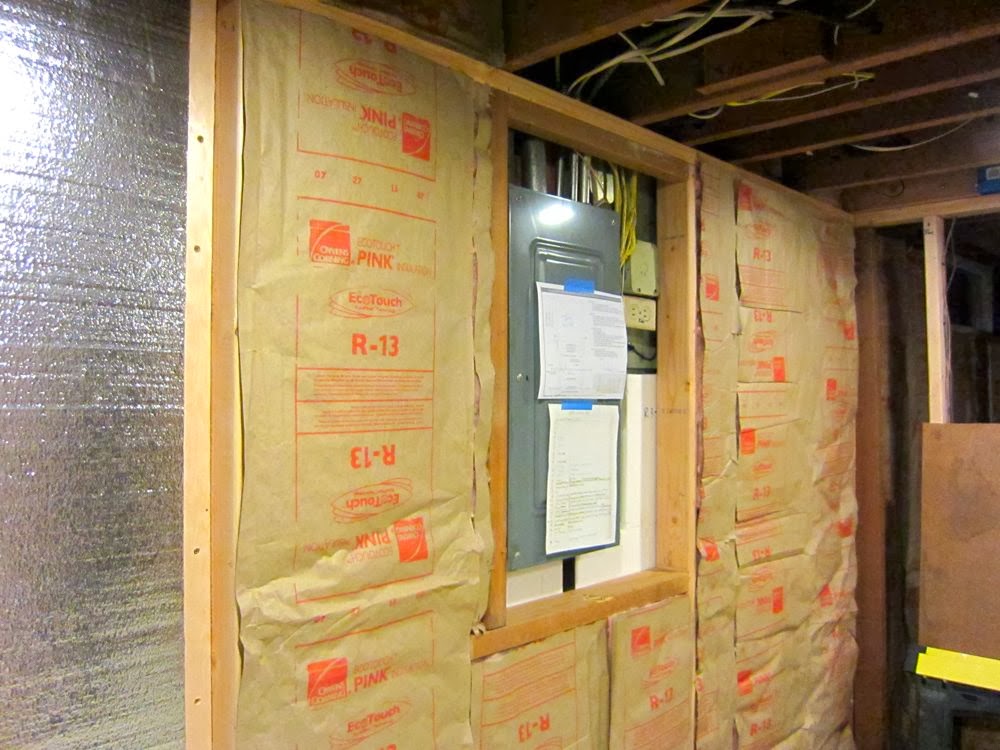 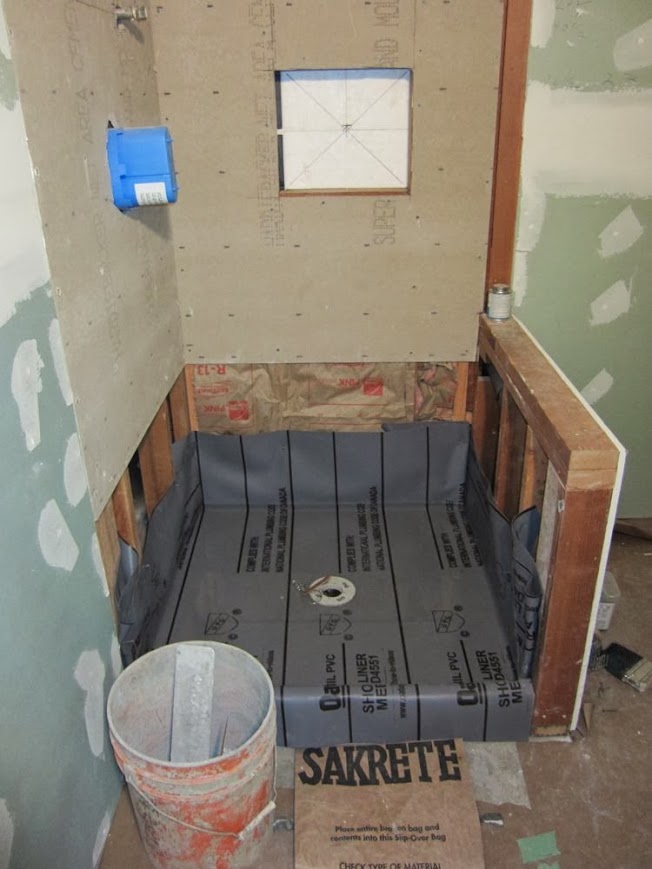 After passing the insulation inspection, we thought we would only need one last inspection at the end. The contractor we hired to install drywall was also handling the custom shower pan. He poured one layer of mortar, installed the shower pan liner, filled the liner with water, and stopped to let us know an inspection was needed at that point. I was completely clueless. The inspector came by, saw the liner was holding water, commented on caulking the threshold, and signed off on the shower pan. Phew! I can’t imagine what would happen if this inspection was missed and we had gone ahead with tiles.

The unexpected inspection delayed work on the green board / Hardiebacker completion in the bathroom. The contractor ended up spending two weeks to drywall over 1,200 square feet. That doesn’t include the ceilings in the main area of the basement where we plan to install ceiling tiles. This is when I know I am over my head with this project. The sheer size of the space means everything takes more materials, time and money than the kitchen renovation we completed 2 years ago. We started to apply primer last weekend and three gallons did not quite cut it. We plan to apply two coats of finish paint in all places. That would probably mean over 10 gallons of paint. This is totally mind-boggling!