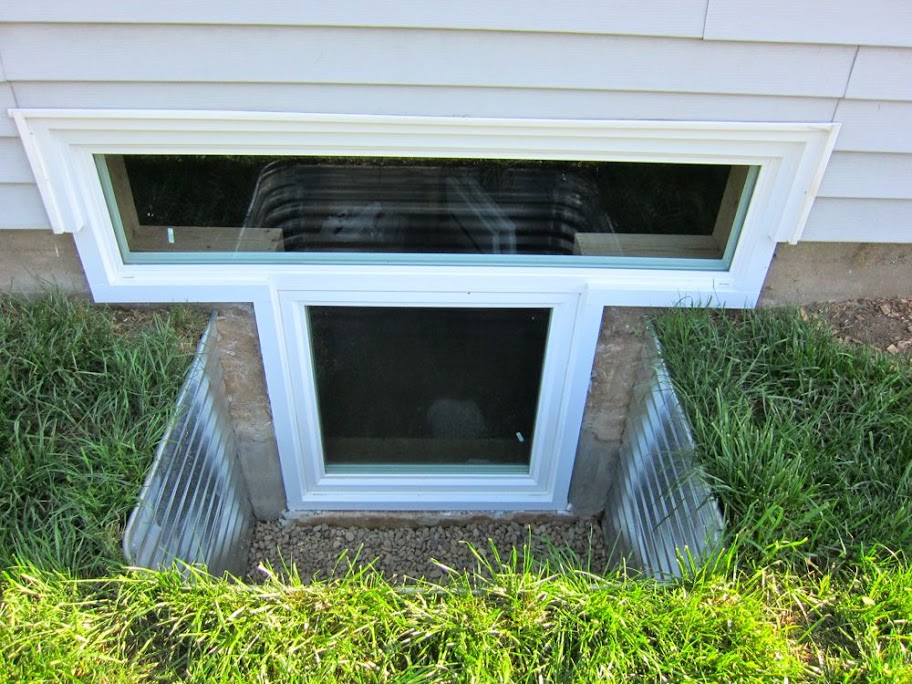 The egress window project concluded in the first week of May – over 2 months since the contractor started the job in February. As I explained in the previous post, it’s complicated. The final outcome is remarkable. In addition to the window, the contractor also completed extra framing inside as I requested so we can install drywall and trim around it later. On the outside, I claimed credits for layers of paint and caulking along the concrete and trim, plus the replanting of sod around the window well.

We saved chunks of sod before the contractor dug the well and kept the sod in plastic bins outside. I thought it would be piece of cake to put the sod back in but it’s worse than a jigsaw puzzle because the window well sloped backward towards the house while the lawn needs to slope downward towards the streets. It ended up taking me hours playing with dirt, compost and sod. When the patchwork was done, I had to loosen the old lawn where the contractor had walked all over after the ground was fully soaked from heavy rain. The final step was spreading corn meal gluten to fertilize the lawn and stop weeds from germinating. When it was all said and done, I had a splitting headache!

All the hard work paid off a month later. The lawn was growing like no tomorrow. And the pretty white paint survived several downpour. The coolest part of the egress window is how hidden it is from the street. The transom window above ground is shown on the left below. That opening used to look like the two tiny windows right of the shrub. The extra daylight inside is another bonus. 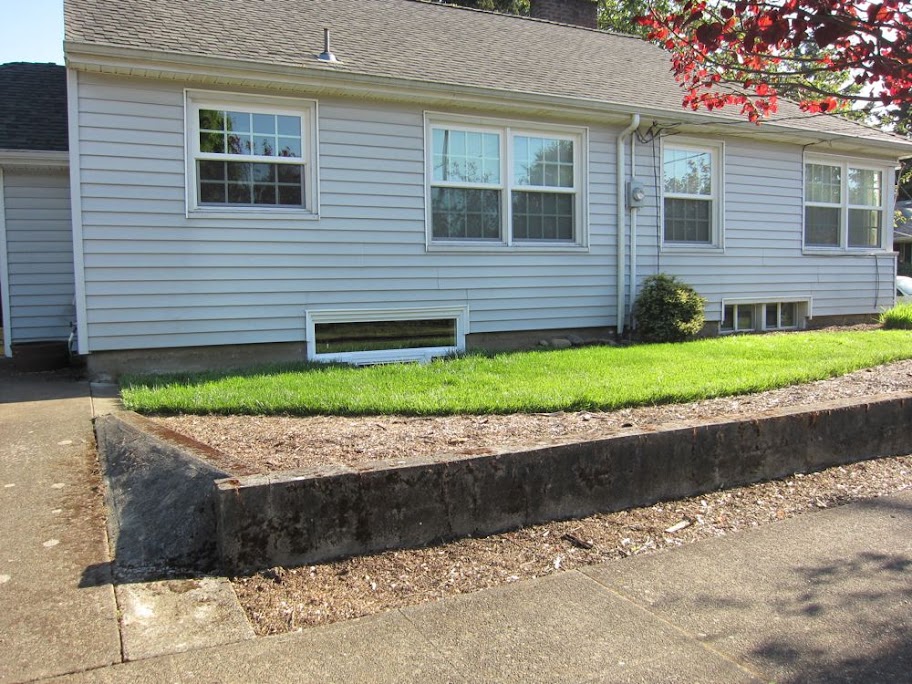 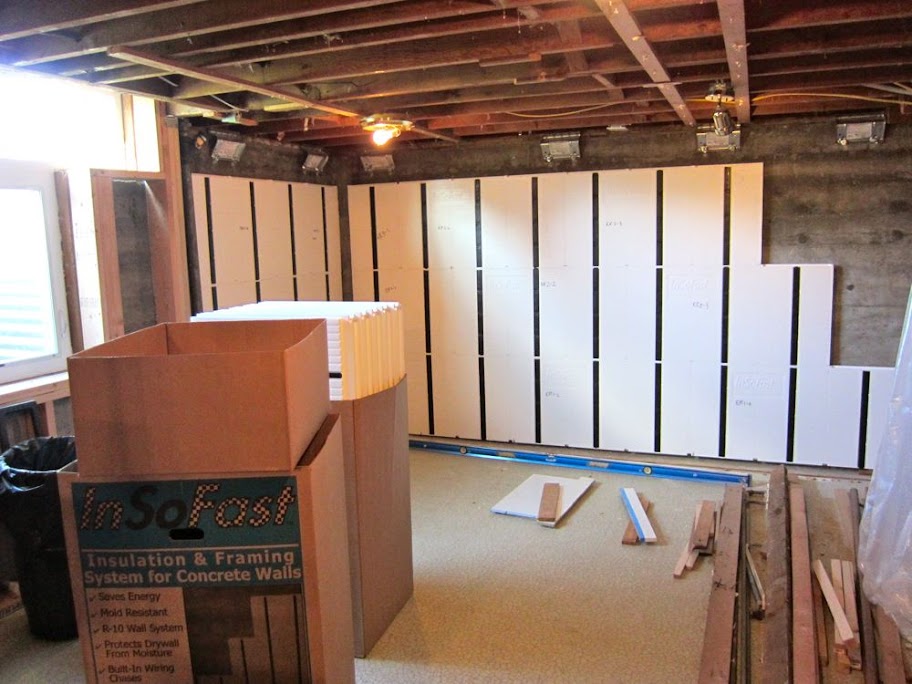 Dealing with the window burned a ton of time on the renovation. While we were waiting for the window well to arrive, we started the insulation inside. We used 2-inch “InSoFast” foam panels as the first layer of insulation against the concrete. The videos on the product website made it looks like a fast and easy installation. If your basement has a floor drain, the sloping floor adds a layer of complication. Imperfections on the concrete walls are another time-suck. However, the foam panels are definitely DIY friendly. A big lump sticking out of the concrete? No problem! Lipstick the lump, press the foam against it to mark the spot and cut out some foam to accommodate. But when there are lumps or strips of concrete sticking out everywhere, time and patience is essential. Brackets from the seismic upgrade and a sewer pipe added even more hurdles to the ordeal. 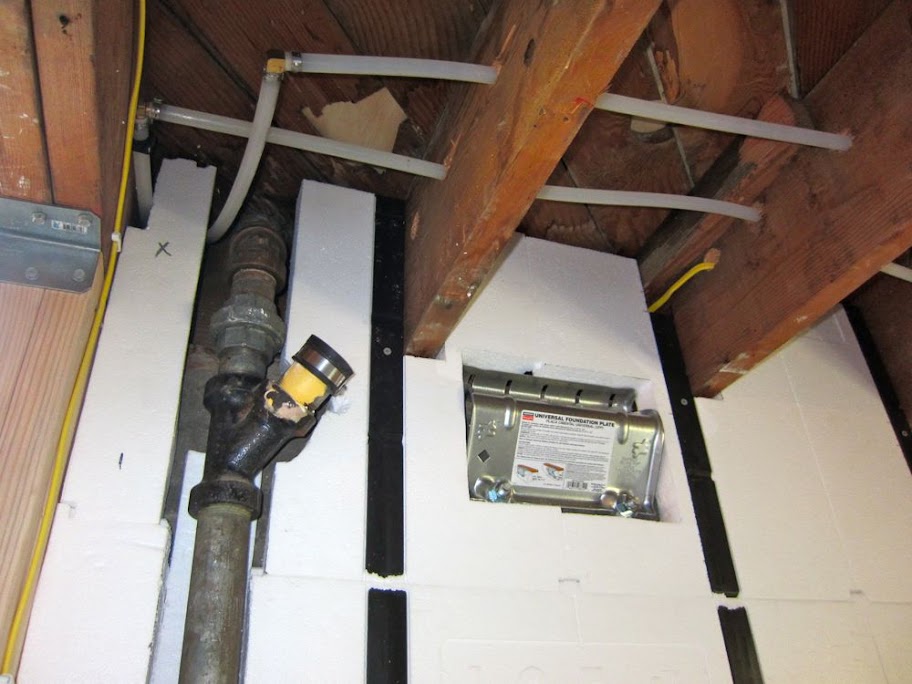 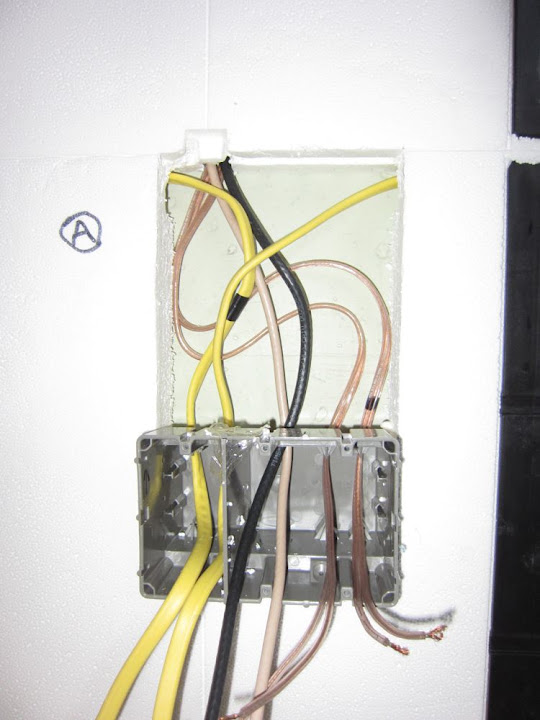 Electrical work is next. The foam panels has wiring chases built in. That’s the somewhat easy part. The hard part is figuring out which circuit is going through which wire in between the ceiling joists. Flipping the breakers off and on provides some clues. Following the lines all over the house burned another chunk of time. Adding to the fun is wiring for a home theater system. Recessed lights are also underway. Hopefully, we are done with the “unsolved mystery” of the electrical circuits so we can get back to putting in boxes, cans, wiring and outlets.